My family all ventured out to Colorado for the July 4th weekend this year, and we took the rare opportunity of all 7 of us together to get some AMAZING photos taken.  We could not have been more pleased with the photographer and the results of our pictures. 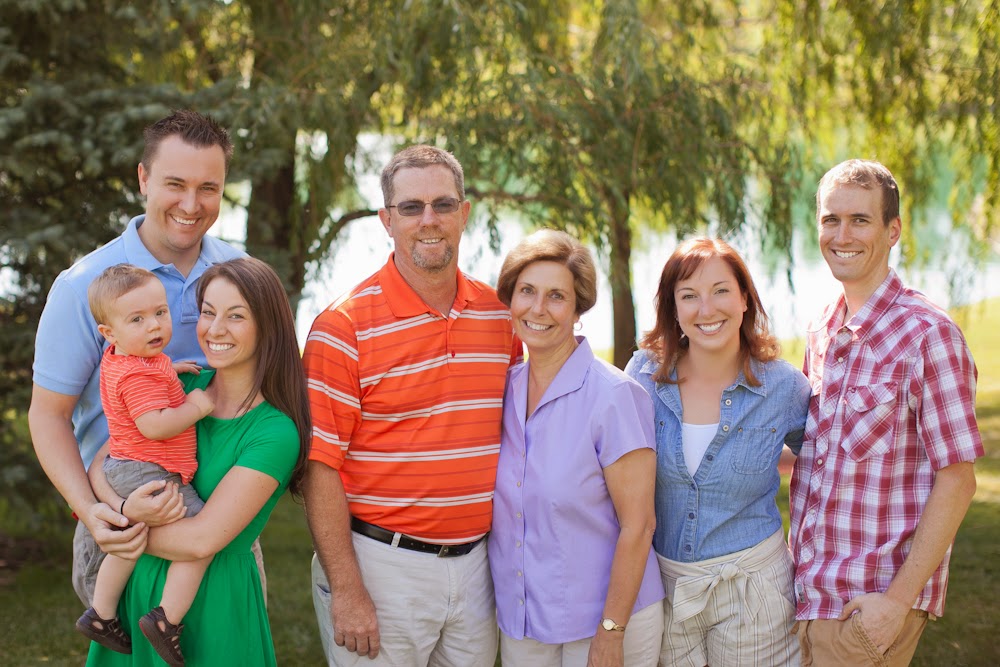 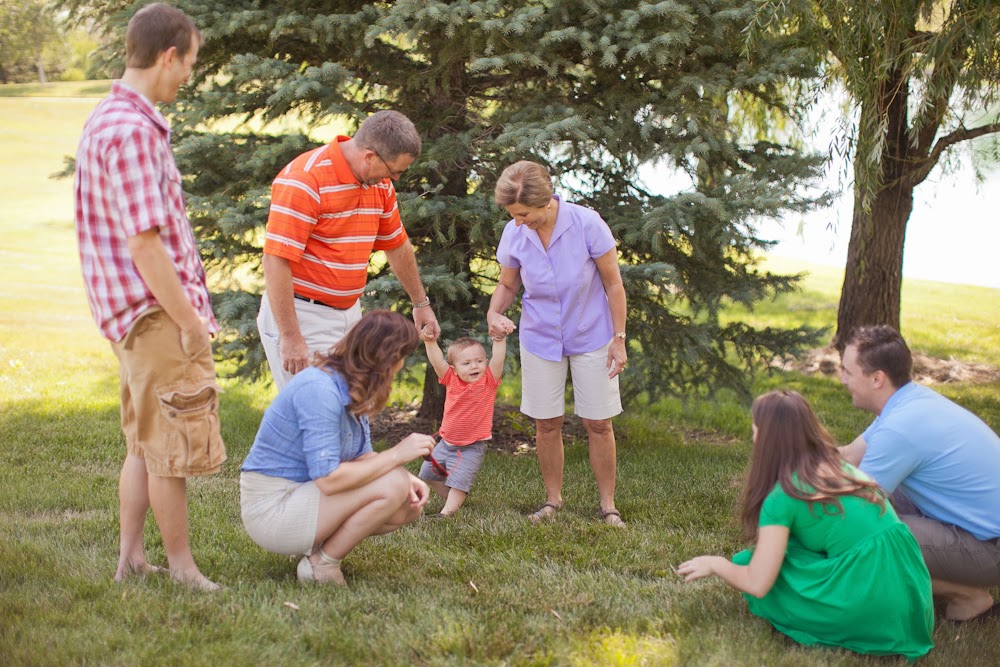 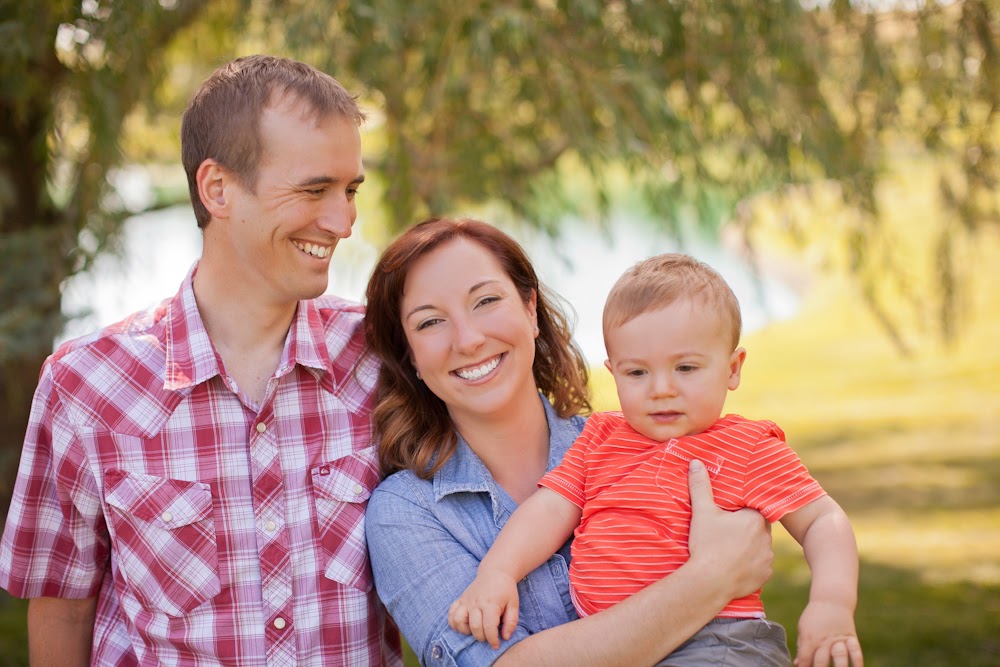 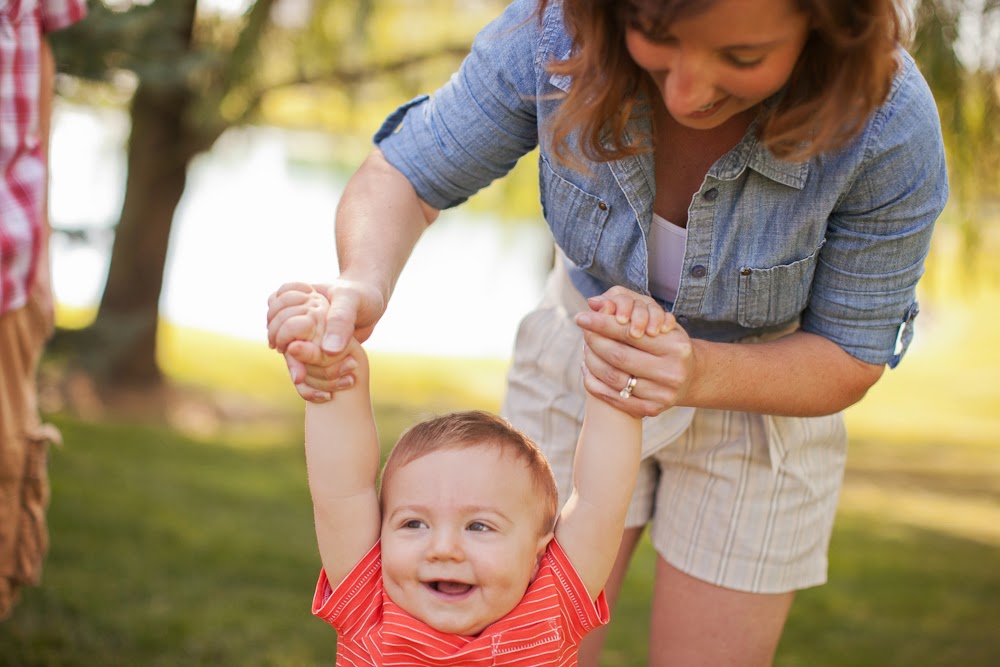 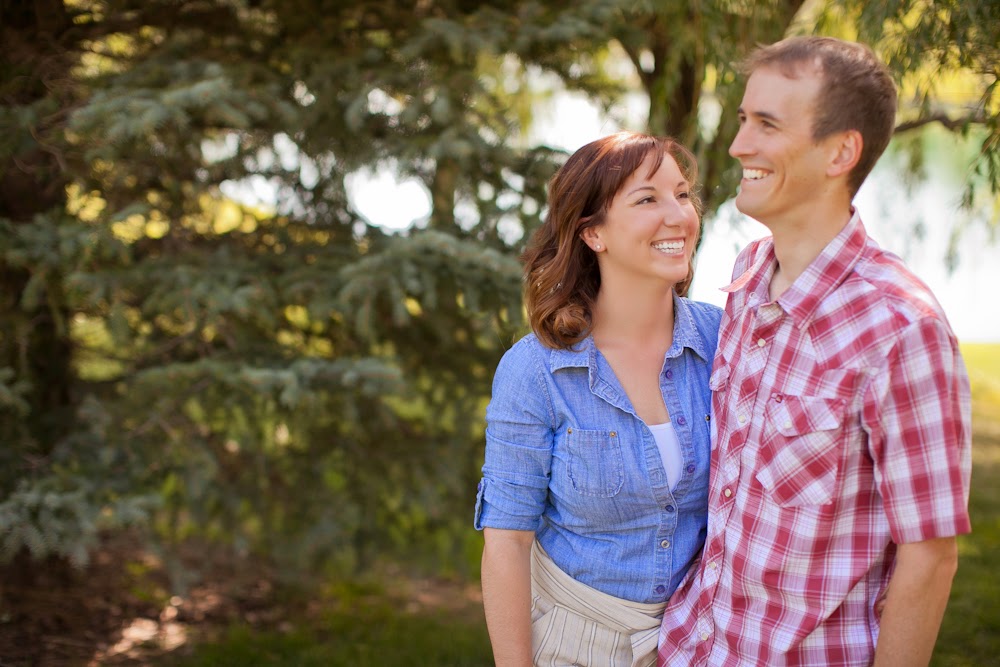 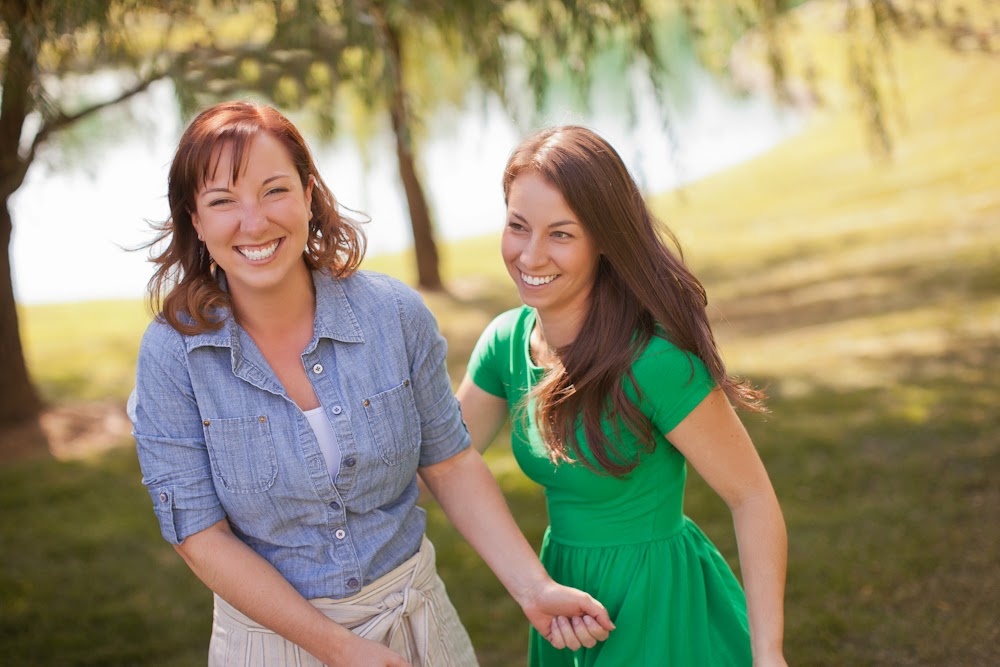 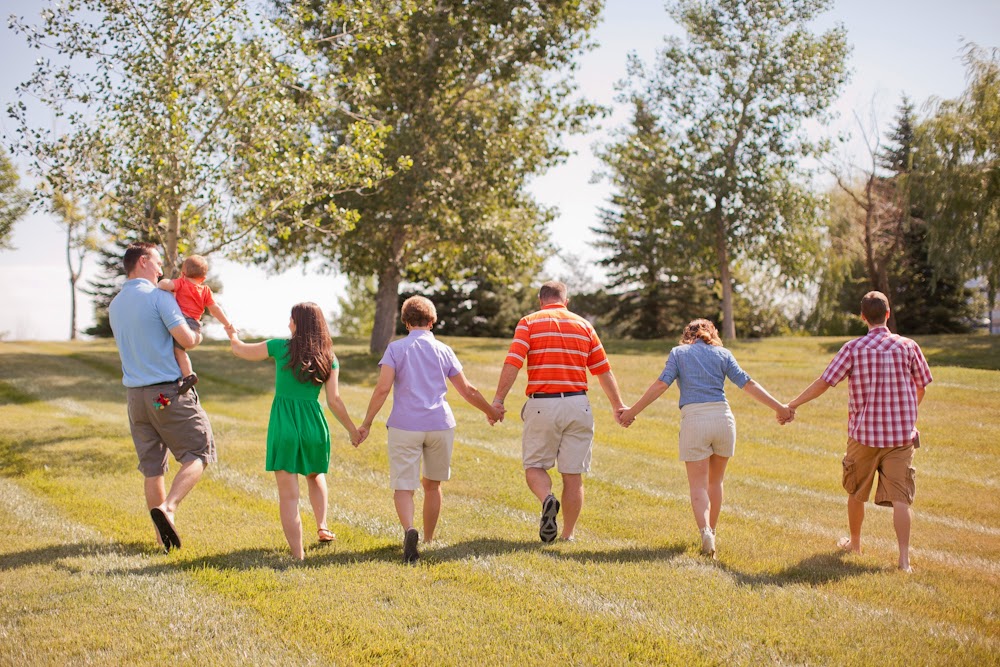 Posted by Rachel at 8:27 PM No comments:


Not many people have been privy to the newest news in our lives, but I am finally in a good place and ready to share with the world that I am now a Product Developer for the amazing brand: Pearl Izumi!!

After years of pining away for this position, I am finally in!  I just spent my first week learning some of the details about the best running, cycling and triathlon gear in the industry.  I feel like the week was a "glimpse" of the good life, and now I have to go back to the real world.  But I am just too lucky to get to go back week after week now...  Getting a position at Pearl Izumi was one of the reasons we wanted to move to this area in the first place, and it feels like so many pieces of our life puzzle are really falling into place.  Amazing job, new dream home almost finished, and all in a location that we absolutely love.

I am already inspired to keep up with my triathlons, which was definitely being questioned after my first open swim Tri on June 29th.  The swim scared me because of the hectic start.  I had a hard time finding my breath, and was really contemplating ending my Tri training.  But the encouragement at work (and the potential that the hubs might start to join me) is making me re-consider.  First, I have to get back into some great running shape for the Boulder Half Marathon in October, but then I think it will be back in the pool and back on the trainer, too.  I'm kind of excited... 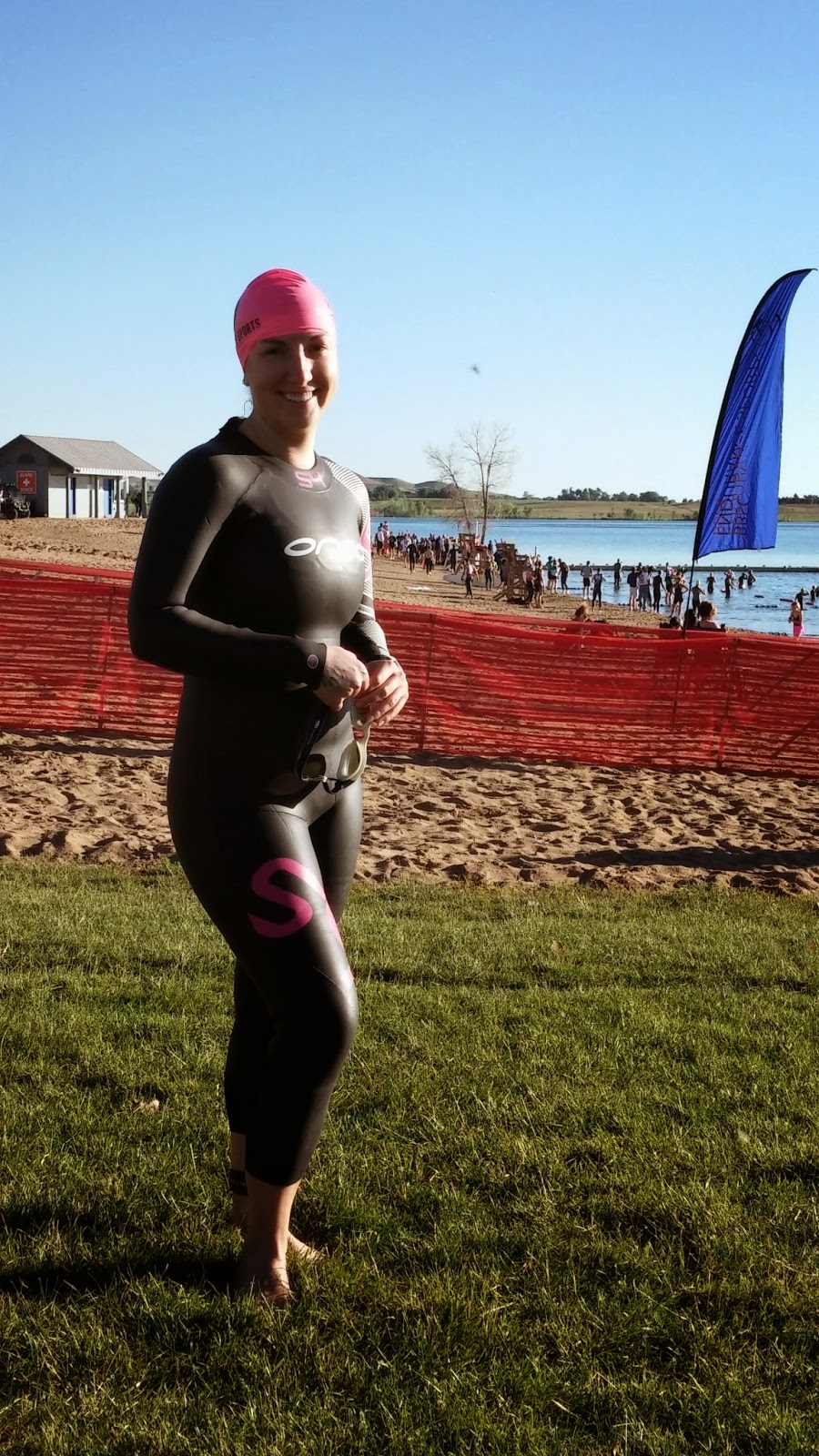 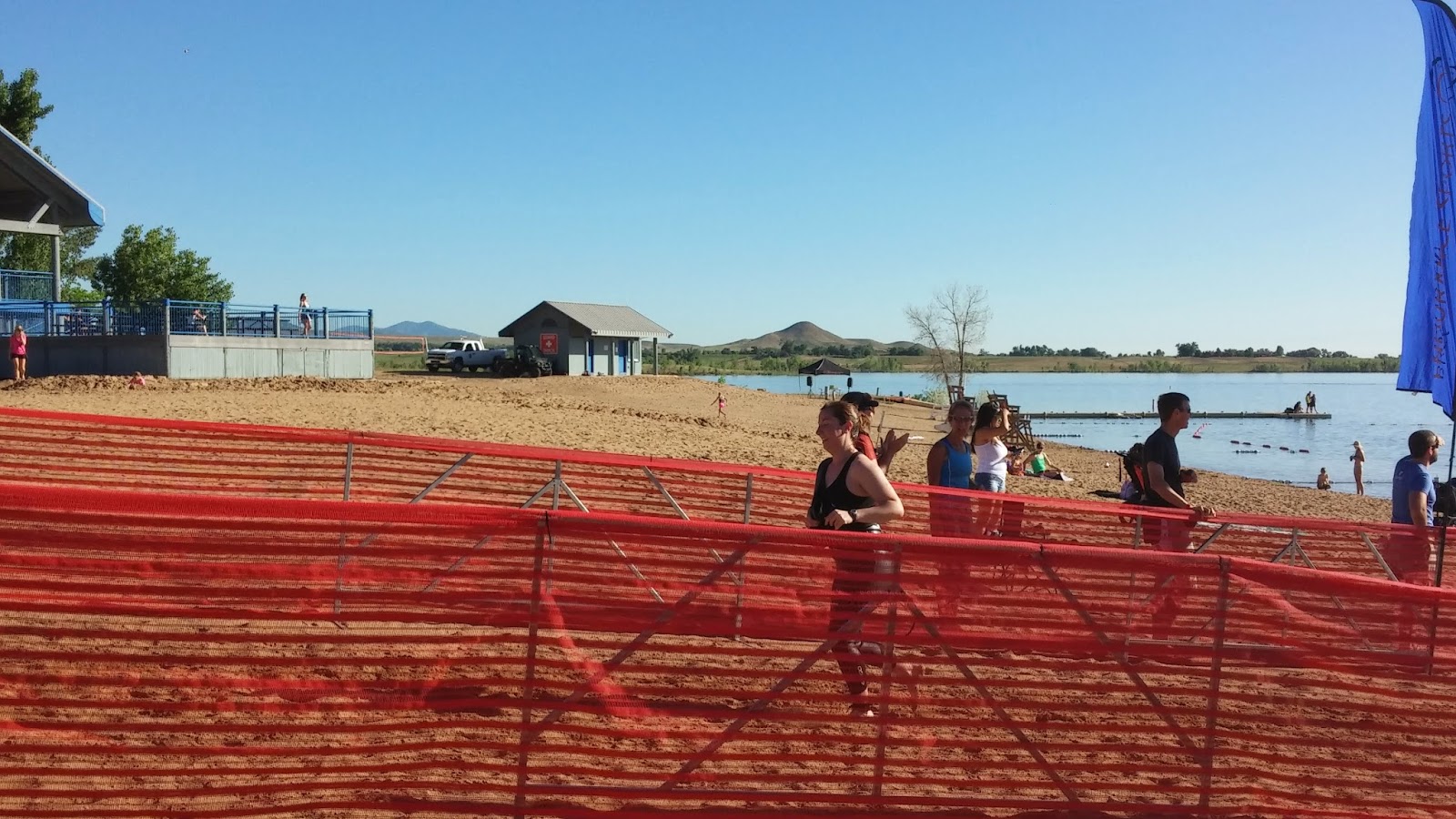 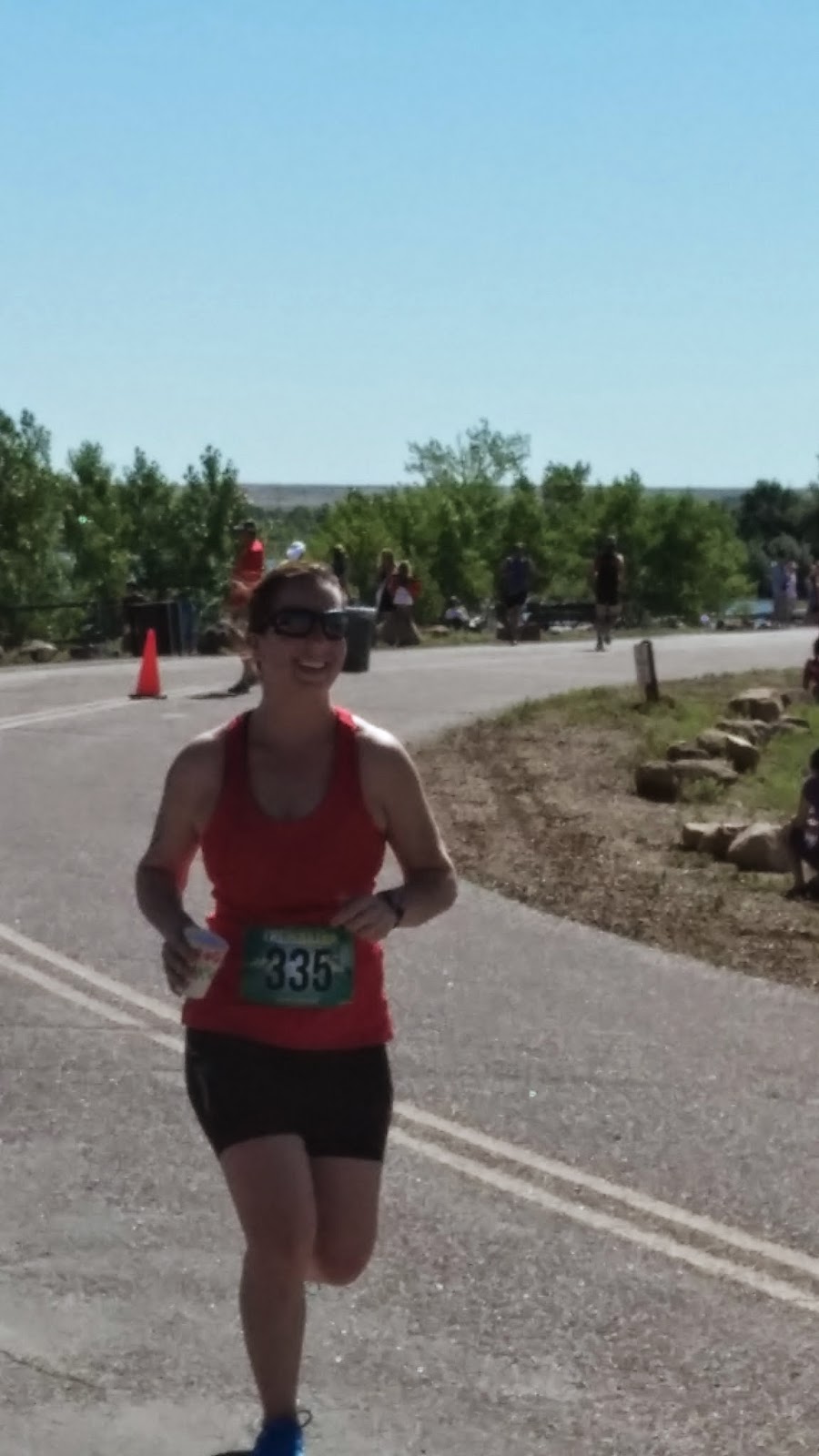 Posted by Rachel at 7:54 PM No comments:

The House is Coming Along!!


Ventured over to our "pile of dirt" today to check on the progress, and we are certainly coming along quickly!!  The framing is mostly complete, and we already have roofing materials all set to go.  Our agent is telling us that we'll have our electrical walk-through within the next few weeks! 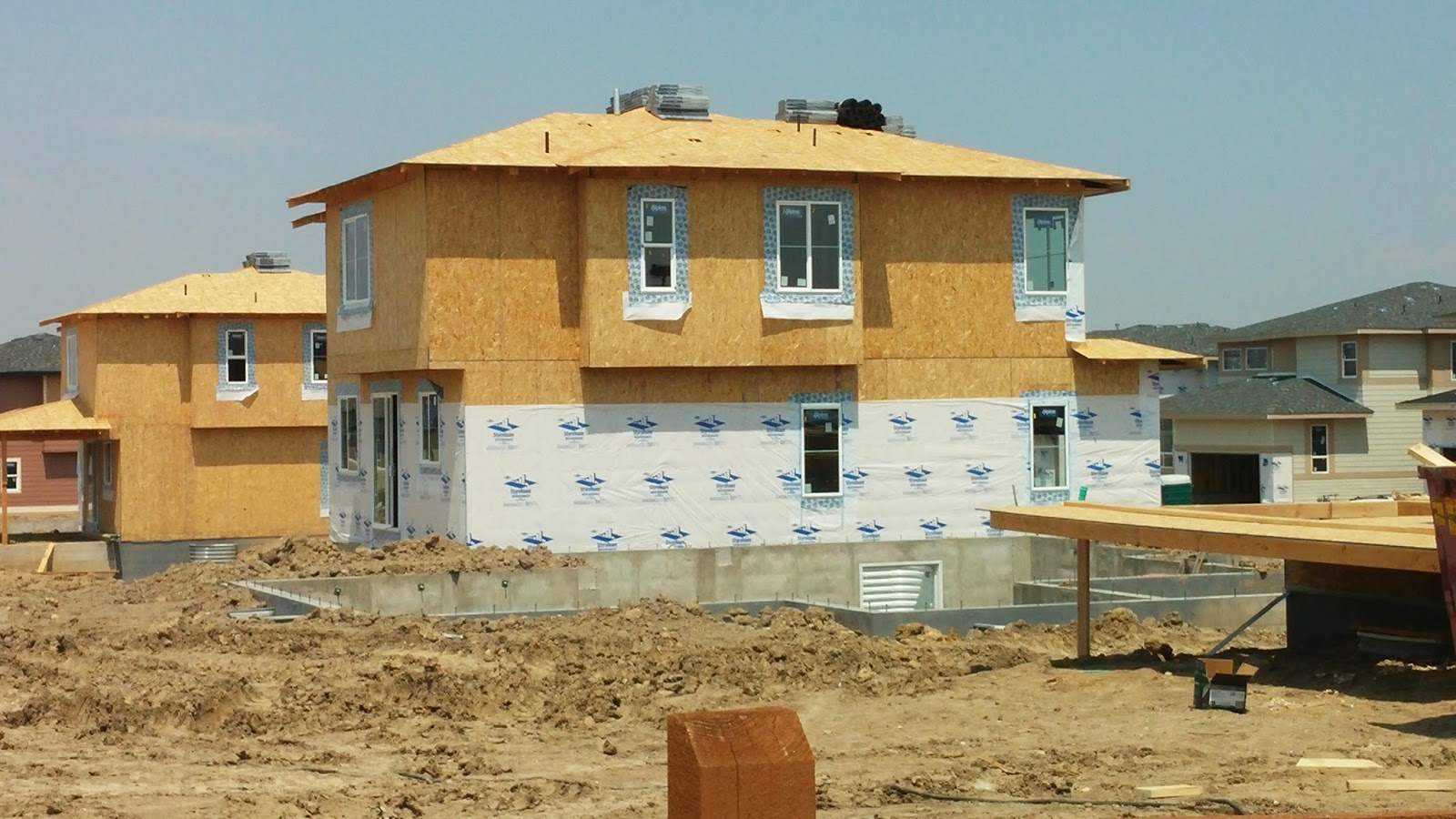 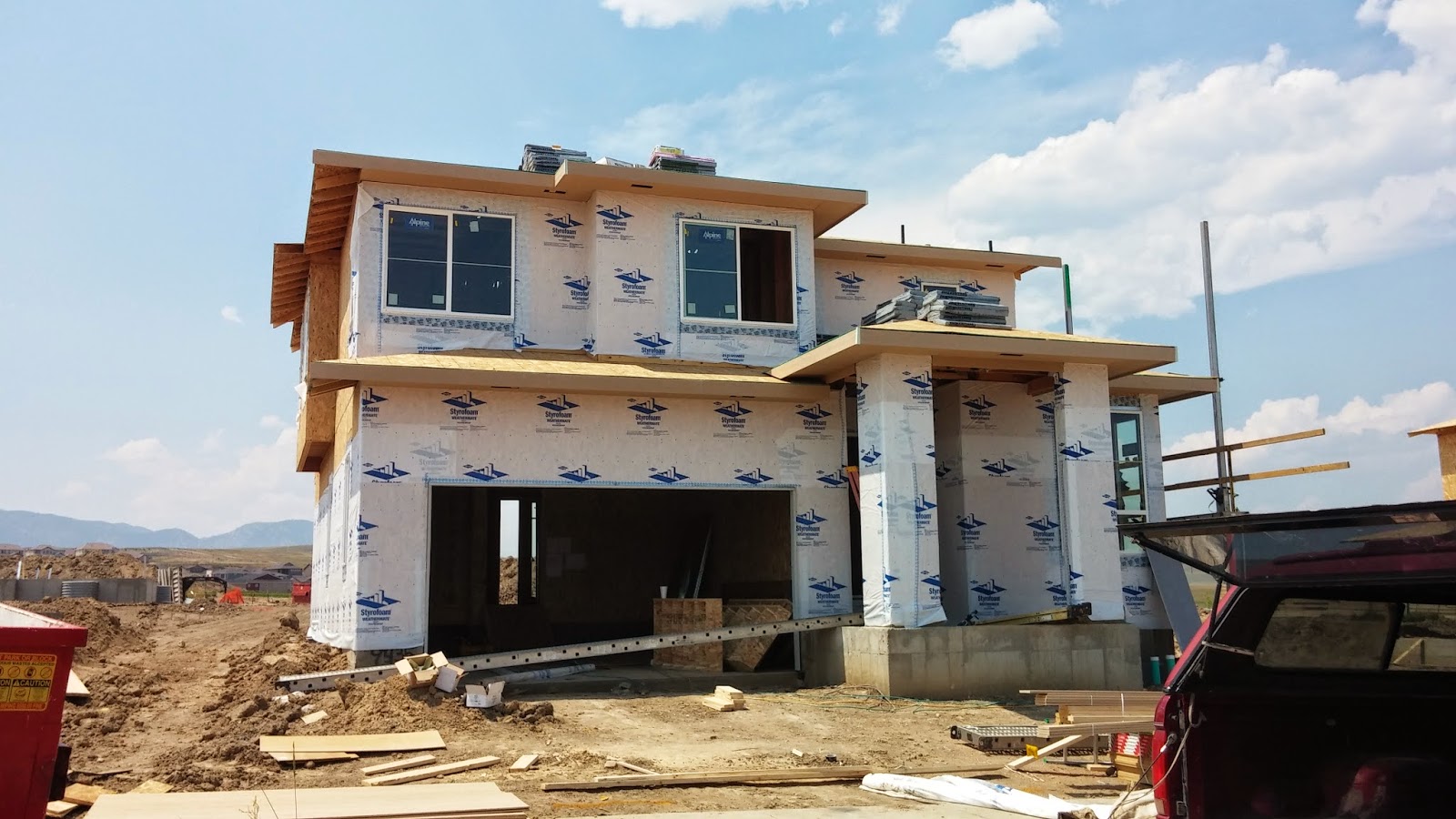 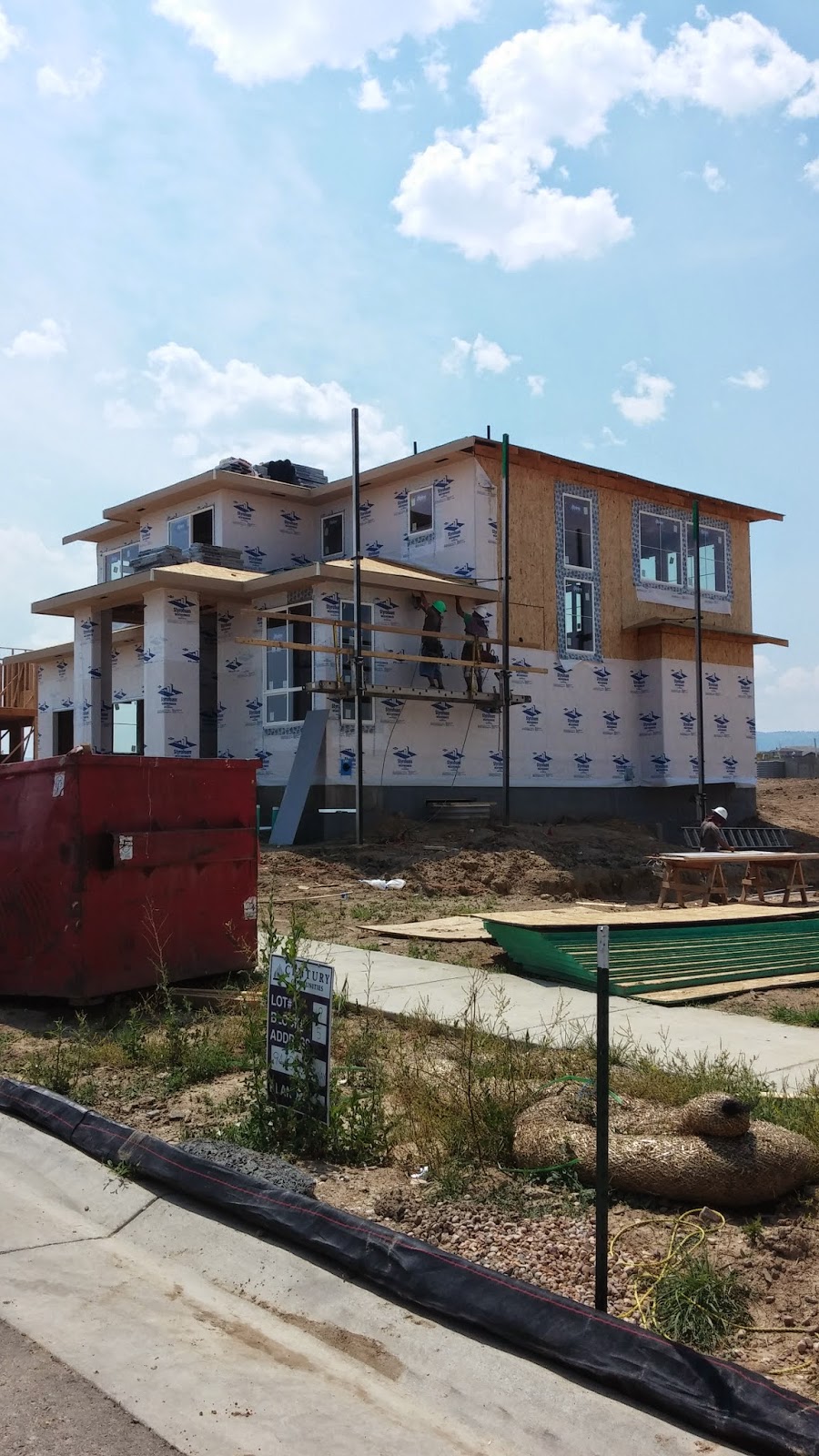 I think we're looking at closing at the end of September now, and that couldn't be more perfect for us.  It will give us a good 6 weeks to move our stuff, paint walls, get appliances in place, and get blinds all installed.  So far, everything has gone pretty smoothly, so we are just continuing to cross our fingers and hope luck continues to stay on our side!
Posted by Rachel at 7:22 PM No comments:

Guest post by "Hubby" here...And technically, this was originally my blog, now commandeered by the wife.

Moving on to the topic at hand. Honestly, I wouldn't recommend it, should you have the choice, lol. Maybe break a bone that isn't so painful...like a toe. Maybe just break your ego. 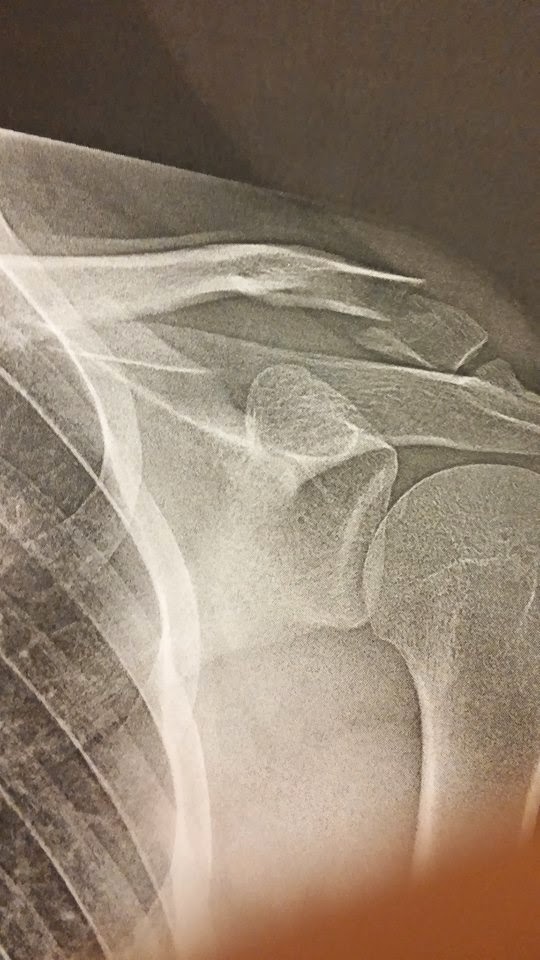 Anyway - the situation - I was in a bicycle criterium race. 24 minutes into it, going 28, pushing 630 watts, and just through the exit of a corner. Another rider in front of me violently swerved in front of me to get back into the draft of the peloton. Naturally, this rider didn't even look what was behind or to the right of him, he just moved over...right into my wheel. No time to even react, he just came over. Although, thinking back, I do remember saying, as my front wheel was rubbing/crashing "You S.O.B"...CRASH!

The bruise on my hip is pretty nasty, however. The welt that I received as well, is pretty huge. Walking was very difficult for a few days afterwords. X-rays on the hip didn't show anything.

Jersey ruined, bibs are probably mostly ruined - maybe they get demoted from race-worthy to solo training ride worthy, haha - we'll see. Need new bar tape, readjust the brifters - and some scrapes to the pedal. All in all, the bike fared pretty well!

I am very risk-averse in my racing...when things get close or sketchy, I'm usually the first to back off. I do this (racing) for fun - winning a pair of socks just isn't worth it. I'm sure plenty of un-educated cycling people will say "sounds like you were following too close." Everyone is entitled to their opinion, no doubt - but that statement couldn't be further from the truth. Think of it like driving your car, in a 2 lane turn left complex. If the person next to you, drifts out of their lane and hits you, would the correct response from him, or the officer, or the insurance adjuster be "you were following too close"? Even though, you were mostly to the side? Exactly.

Alas, no real resentment toward said racer - I do wish he would have found me after the race and said something...Racing incident - things happen, I understand that. I don't even think anything should happen to a racer in this kind of incident. I don't feel like it was malicious - just inattention, and most likely, a lack of bike handling and positioning skills by the racer in question. We're all CAT3s - you'd think by this time, there would be a basic amount of skills in the bunch - but this incident notwithstanding, my experience is that isn't always the case. Super strong, athletically gifted people can move up the ranks without really learning how to race in a group - it happen, C'est la vie.

So, there goes my season for anyone following - and I was doing good this year...well - better than last year. I was feeling great in this race too! Try to get healthy, and start training for next year.

I meet with an orthopedic surgeon tomorrow to get their take..."Surgery or not" is the question. I'd rather not do surgery if I don't have to. I am questioning, however, how many more USAC events I'll do. I have been considering getting back into running - and doing Duathlons/Triathlons. At least there, me falling is more "on me" as, typically, drafting is not allowed. I am getting a bit stir crazy though, sitting at home doing a whole lot of nothing - I really want to get back on the bike.
Posted by kyle at 10:08 AM No comments: