We are frequent watchers of the Food Network, and one of last week's shows asked its chefs to make Fish Stew... At first, it wasn't the most appetizing-sounding meal, but the part that impressed me most was that each chef came up with a different version of Fish Stew to present to the judges. So I did some research. I was able to find Fish Stew as an Italian dish, a New England dish, a French dish and a Brazilian dish. Each one has their own version of the broth and varieties of fish.

After playing around with some different ideas, we decided to try the Brazilian version of the dish, which is made with a coconut milk broth. Traditionally, it's made with a firm, white fish as the star ingredient. But when we were doing our monthly Costco run this morning, we found a wonderful looking package of mixed seafood that we went with instead.

The dish turned out very tasty. I used a good amount of lemon juice and cilantro, which probably wasn't the right choice for the hubs... But I will be more than happy to take on the left-overs myself! I'll admit that I probably over-cooked the calamari and an amazing piece of bread would have really topped it off great. But I was definitely wrong in thinking that it wouldn't be appetizing! 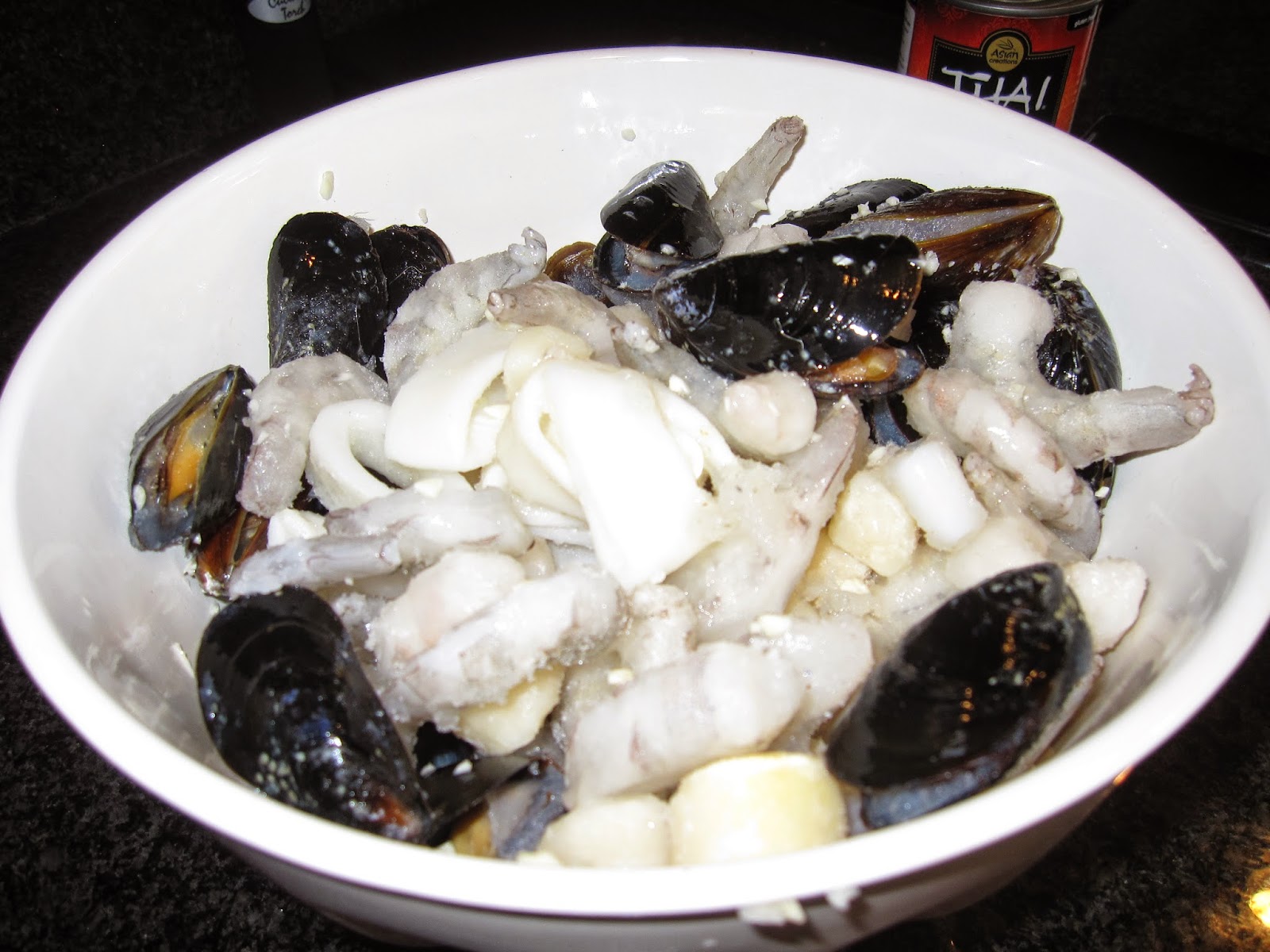 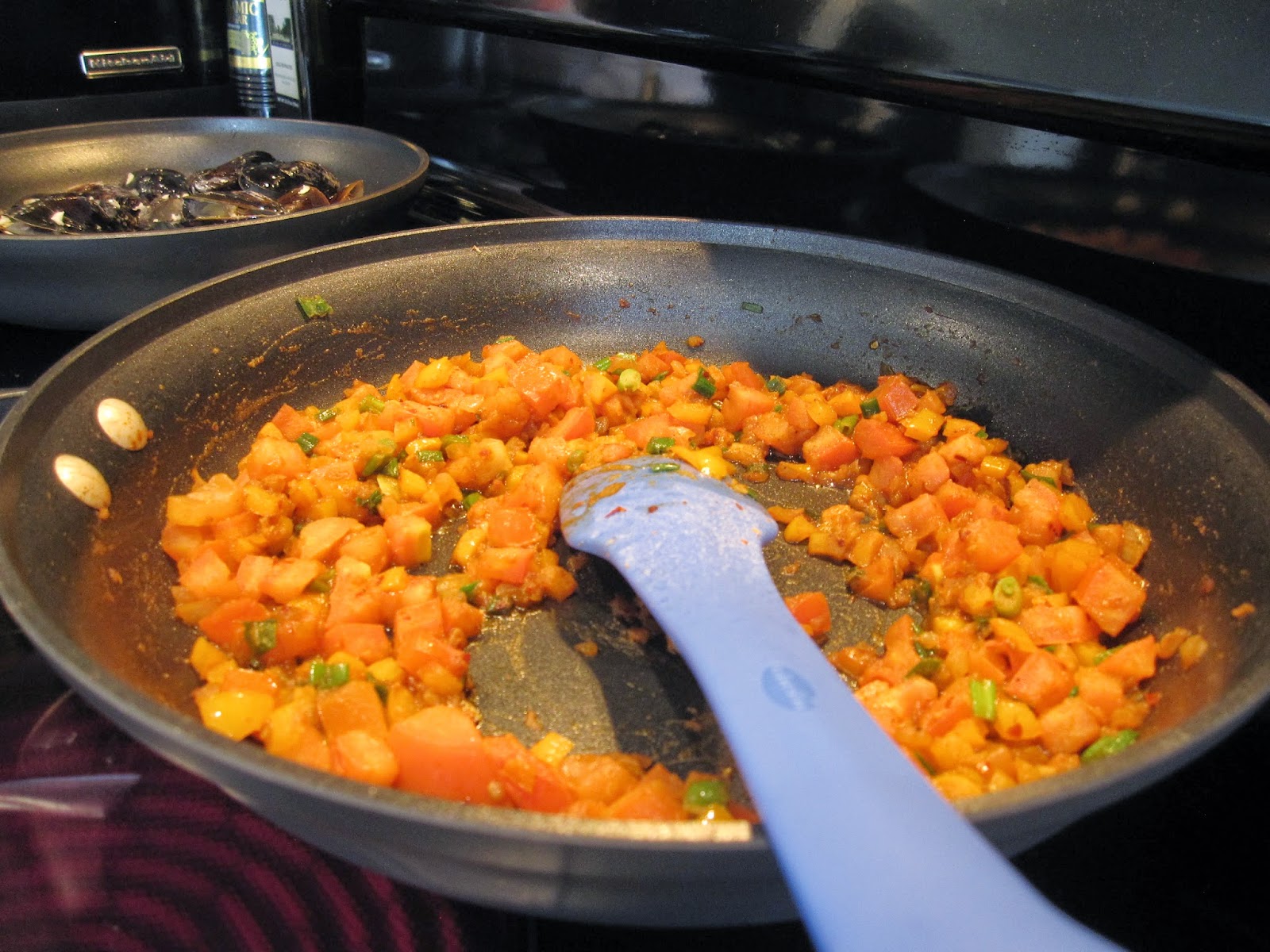 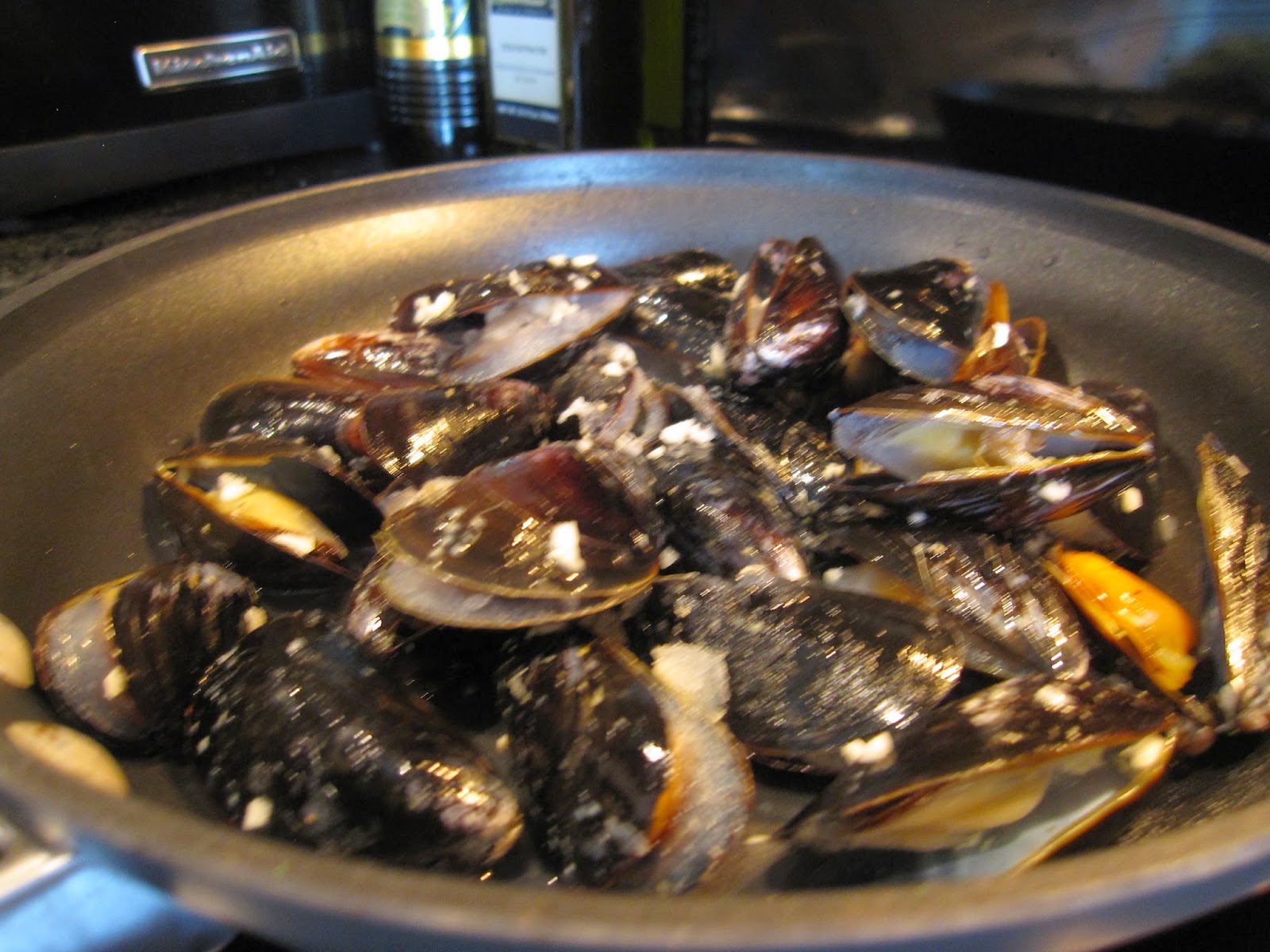 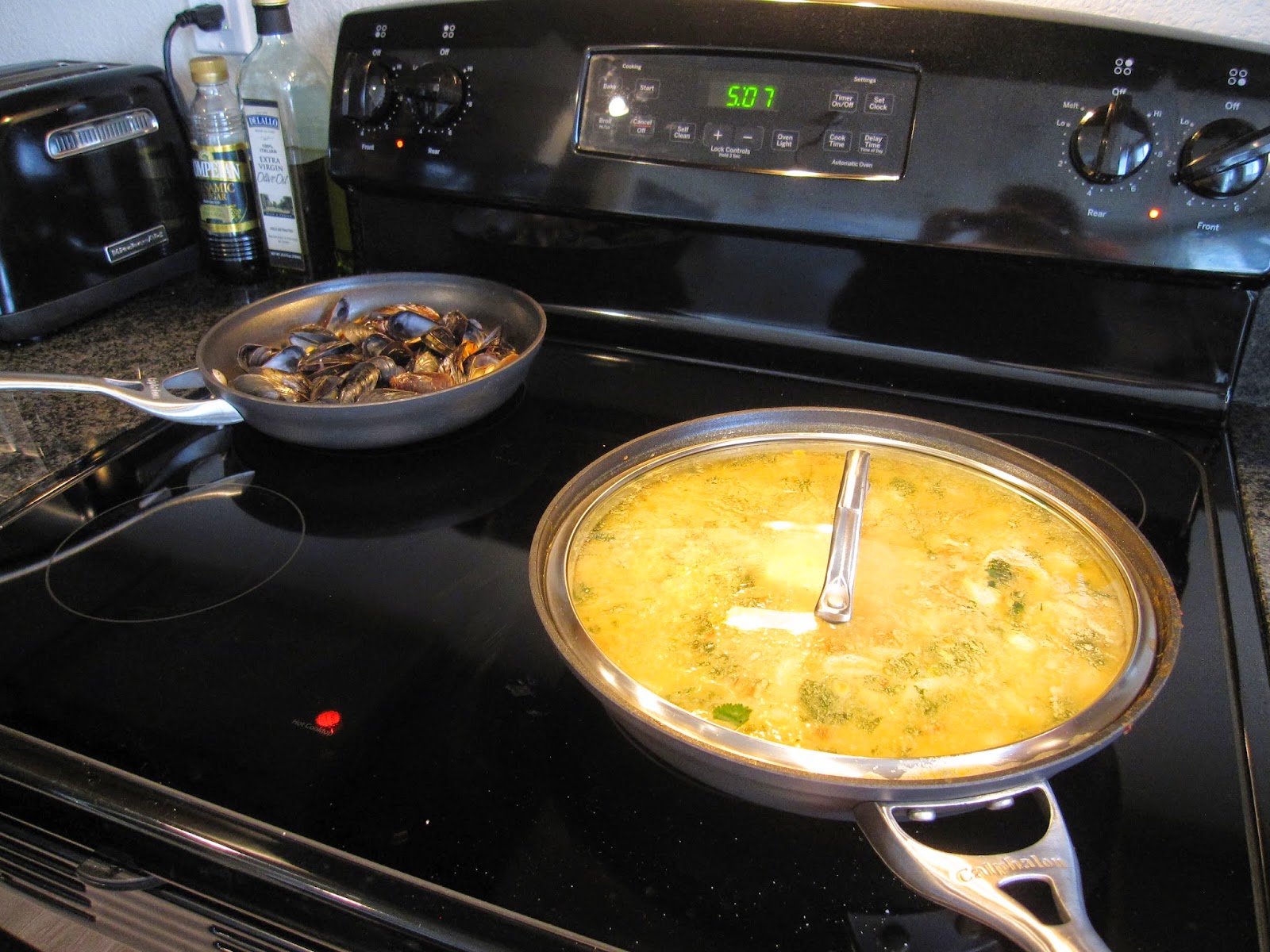 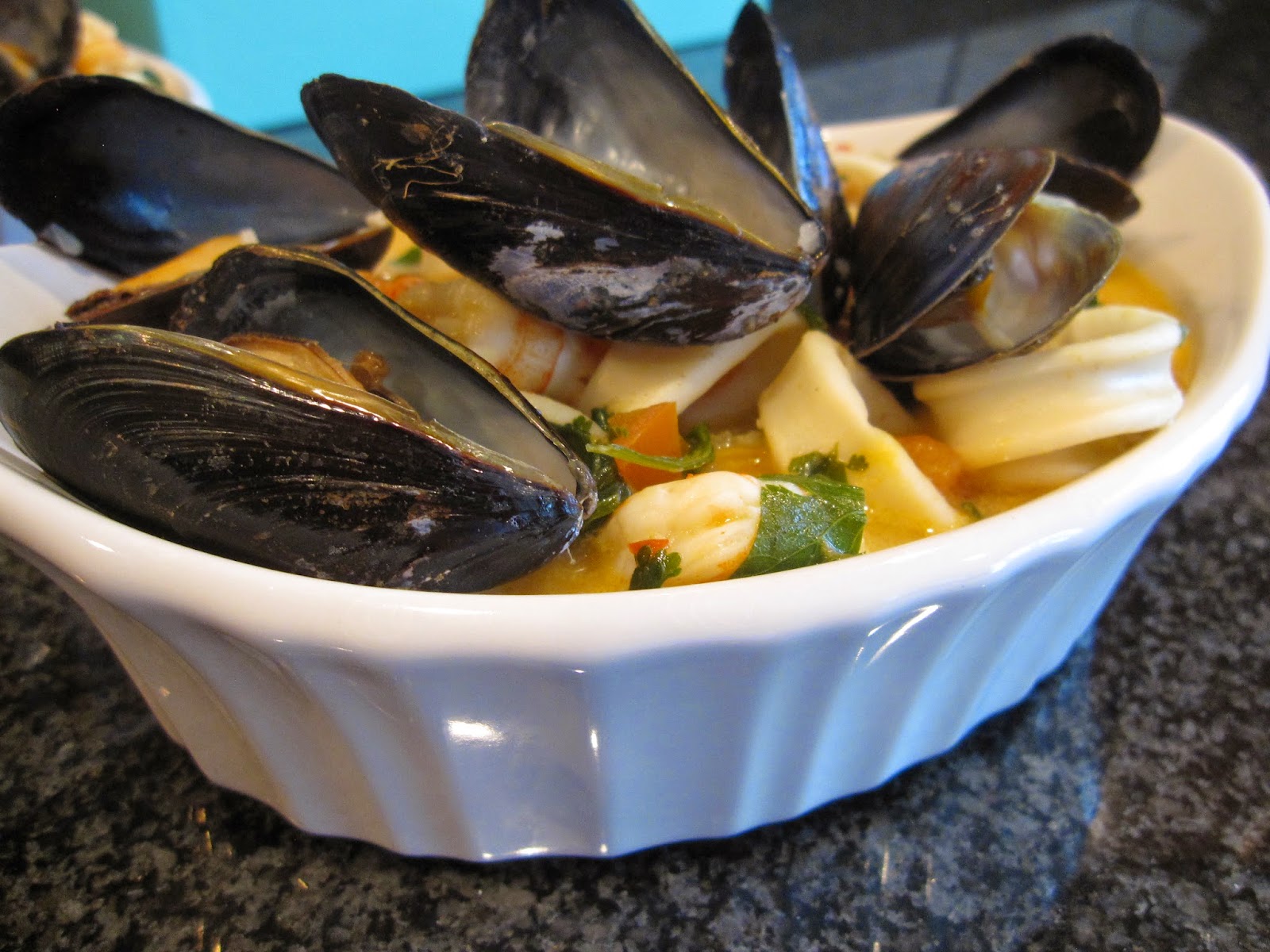