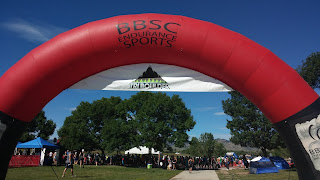 On Sunday, July 26th I participated in the Olympic Distance Tri Boulder race at the Boulder Reservoir. It was slated as my year's biggest race, and I was feeling super prepared, despite a weak month of training leading up to the race. Work had started to get crazy, and I was honestly burning out from months of training. On the bright side, I had been spending a lot of time at Union Reservoir, practicing my open water swimming. More than anything, all that practice gave me a bit of confidence that I'd never had before... So heading into the water wasn't the scariest thing imaginable! 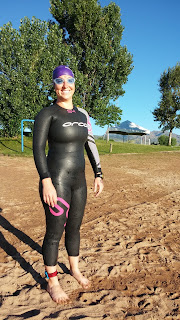 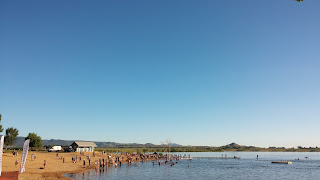 In the end, I shaved 3 minutes off my swim and 9 minutes off my bike. However, I know I should have tried to stick to my goal times, because I clearly went too hard at the beginning of my race. I ended up walking a good portion of the run, and it took me 1 hour and 15 minutes to finish that last portion. Overall, with some improvement on my transition times, I finished 3:31:07. Beat my over-all goal time by 9 minutes!! 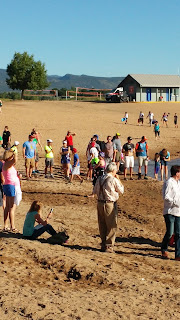 The biggest lesson of the day was by far the difficulty of eating and drinking properly during this length of a race. I'd actually over-loaded myself on carbs and calories the days before the race, and ended up feeling too full. I also need to figure out a better race eating schedule, so that I don't have so much sloshing around in my stomach when I start the run. That was a big issue that I had, and one of the reasons I had a pretty poor run leg. 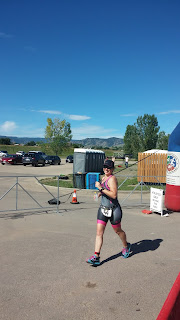 I'm still putting eyes on a Half Ironman in the next year. I have a lot to learn, so I'll probably need to make sure I do a few practice races before I get there, and figure out the nutrition piece. I also need to get back into a better training schedule, and get back to a morning work-out routine. With work always being so busy, a lunch work-out isn't always guaranteed anymore. So I guess I have to join the ranks of hundreds of other triathletes who fit in their training in the dark hours of the day... 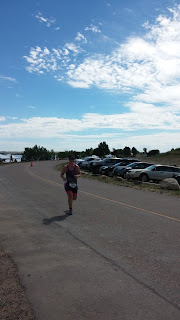