I'll admit that tonight's dinner was more of an excuse to have brinner... But we decided to figure out how to properly cook a berry compote to go over some fluffy, delicious waffles. Not a ton to say here, as the compote came together pretty easily. Mash up some berries with cinnamon, sugar and juice, and let it cook down. Admittedly, the harder part of the dish was getting me to remember how to use the dang waffle maker! I tend to try to pull the waffles out before they're actually ready, and I also tend to make a giant mess. So it took a couple rounds to get it just right, but I devoured my food. It was delicious! 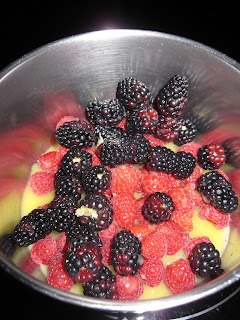 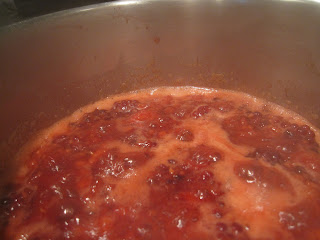 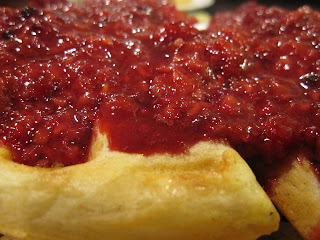 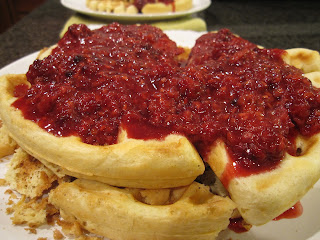