As my final big cook of the year, the hubs and I went out and bought some live lobsters. Since we'd already had them boiled fresh by a pro, we thought we'd maybe try something a little different. So I purchased a steamer and we steamed the lobsters instead.

After storing the big ocean bugs in the freezer for about 20 minutes to "put them to sleep" a bit, we pulled them out of the bag and just stuck them in the pot. We had a little bit of movement from them before we closed the lid, but not much. And there was no screaming at all, so I'm starting to wonder if that's just an old wives' tale??

The work is when the lobster is done really, getting the meat out of the tail and claws without ripping your own fingers apart. It's a process, but I think I had it down pretty good from my previous lesson. Honestly (about to get a little gross here), I had a hard time eating the lobster after pulling it apart and watching all of its innards and excrement fall out on the cutting board. Kind of put a weird taste on it, that I just couldn't seem to get over...

We ended up cutting up all of the lobster meat and mixing it into a cheese risotto, which tasted fabulous. It was a good meal, and I'm glad that we checked this one off the list. But in the future, we might just stick with the tails or let some fancy restaurant take care of the cooking for us! 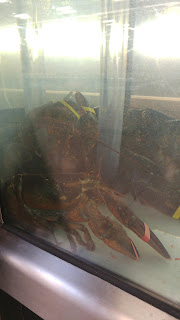 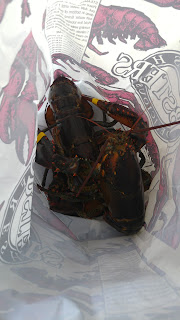 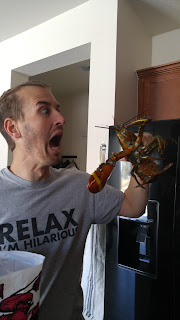 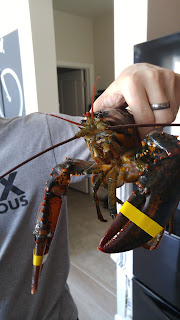 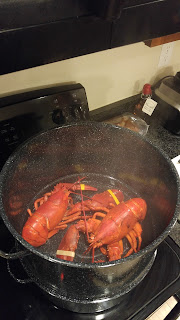 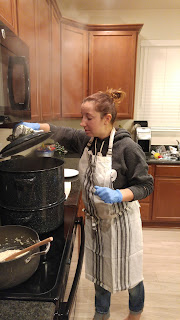 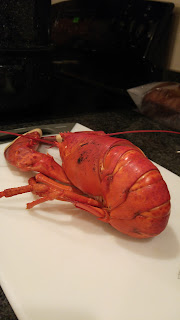 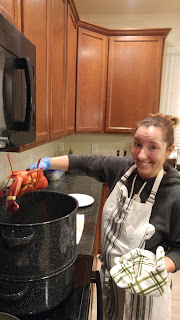 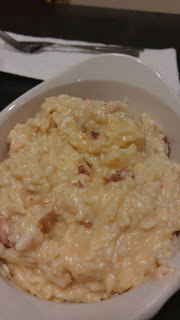 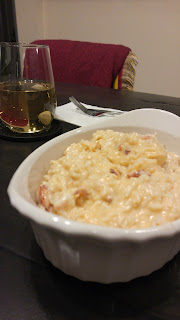