We only had one full day to spend in the city, and tried to pack in as much adventure as two people could stand. So we started our morning with a beautiful run up in Central Park. It was a little chilly and windy, but running around the park was the perfect start to the day.

From there, we decided that we absolutely had to go get the best possible New York bagel we could find. So we took some advice from the Food Network, and headed down to Ess-a-Bagel, where I had the most delicious everything bagel with sundried tomato cream cheese. Hubby had an oat bagel with chocolate chip cream cheese, that was apparently also amazing. It was devoured in record time.

Another walk took us back to Rockefeller Center, where we knew we wanted to pick up some Lego presents for Christmas gifts. Our amazing godsons are super into Legos right now, and they're also just starting their education on the world of Star Wars. So of course we had to find them some kits to build that not only looked fun for them, but for us to help them build, too!

At this point, we're freezing. We still have sweaty run clothes on, and we didn't bring coats or scarves because we didn't want to worry about carrying them with us in Central Park. One last stop at Magnolia Bakery got us a couple of the best cupcakes in the world, which we carried back to the hotel and saved for dessert.  Yummm!!! 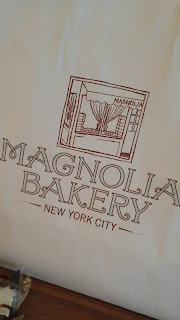 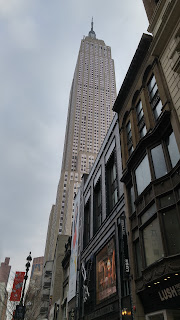 The afternoon held even more walking and sight-seeing, but this time all farther south. As we left our hotel, Mood was only a couple blocks away, so we stopped in just to remember the  madness and overwhelming experience that it is. In our younger years, I'd made the hubs watch Project Runway with me enough that he was even interested to see it, but we didn't find anything that we needed there (surprisingly).

A short jaunt farther south took us past all of the Macy's windows and put us on the doorstep of The Empire State Building. This was where we caught the train across the river into Brooklyn. We wanted to do some tastings at the Brooklyn Brewery, but had our hearts broken when we showed up at their door and they were closed for the day! Determined not to let this ruin our experience in my old neighborhood, we found a different brewpub only a few blocks away. Keg & Lantern proved to be an excellent choice, and was probably better for us in the long run. We got a great little meal with some fantastic beer, and their bar was really cool. One wall was completely lined with old beer cans, which provided lots of entertainment and laughs. 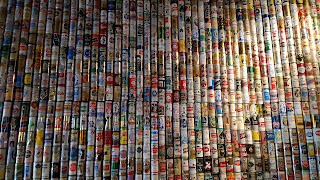 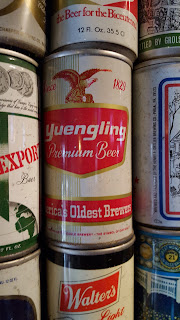 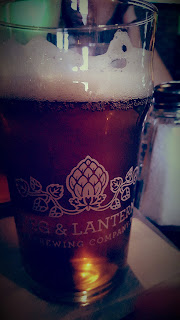 After we took a short detour to find my old apartment building (which is now completely renovated into a swanky looking building!), we got back onto the train to head to SoHo. We visited Dean and Deluca, the DVF store and Topshop before heading to our dinner reservation at Beauty & Essex. The front of this place is actually a pawn shop, so as we walked up, I got super concerned that I'd brought us to the wrong place! But you walk through the back into a beautiful restaurant with low lights, great music and lavish decorations. Service here was outstanding. I'm not sure that I've ever had better service with such amazing food in one place. We started with their Crab Rangoon Jewels on Toast and Chipotle Duck Chilaquiles. From there, I had the Gourmet Burger while hubby had the Chicken Meatballs. All of it was ridiculous. I would recommend this place to anybody with taste buds, looking for a good time.

The way home took us in the wrong direction on a train I wasn't super familiar with... But we eventually made it back to the hotel, where we crashed and ate cupcakes in bed. A-ma-zing Day!
Posted by Rach at 2:30 PM