We had a recipe on deck for Pad Thai, which we'd already made a few notes on. From the last time we made it, we were looking to make a version that was less sweet and more spicy. It helped that we were able to find all of the right ingredients this time around, instead of trying to substitute. On top of that, we added a lot more Cayenne Pepper and it did come out with quite a good kick!

Next time around, we need to put in less bean sprouts. The recipe calls for 3 full cups of it, and we just don't think we need that much. To add a little more crunch to the dish, we also think it would be good to chop up some fresh peppers.

It also goes without saying that I need to use a bigger pan next time.  hahaha  It was a bit of a mess in the medium size skillet. 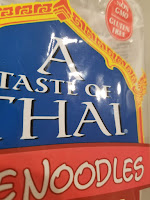 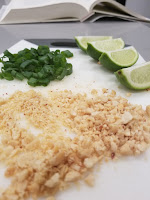 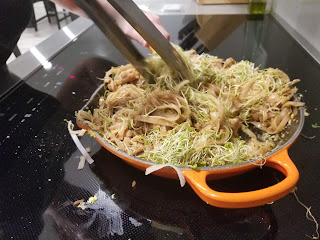