This last week presented us with a few learning lessons. As I'm just getting started with my first contract job, it immediately became apparent that I quoted the project pretty poorly. I expected the job to take me somewhere between 4-5 hours to complete, and it is going to take me at least double that, if not more. So I now know better about under-quoting myself for jobs like this! Oof...

On the bright side, I'm REALLY enjoying the work. Creating a pattern from scratch and sewing mock-ups for this client might as well be "play time" for me. So even though I did myself a bit of a disservice this first time around, I'm making up for it by having so much fun. 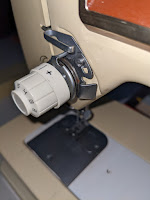 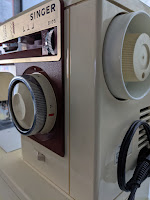 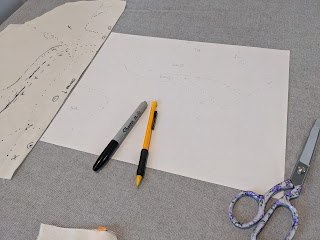 The hubby also had a bit of humble pie thrown at him this weekend when he had a quick crash on his bike. We thought this one was no big deal, and he even chuckled to himself after he slid out on some dusty gravel to find himself all of a sudden on the ground! But after an afternoon of watching football, it started to become apparent that he was in for another round of injury.

A trip to Urgent Care yesterday proved that he didn't officially crack any of his ribs, but they are severely bruised. He landed on his arm, which caused his bony elbow to protect and yet hurt his rib cage all at the same time. So now he is working on some deep breathing exercises and we've called the race season to be over. 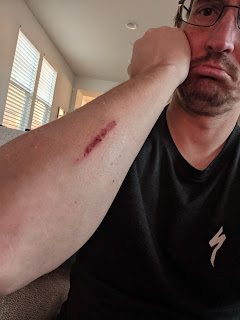 I think the biggest thing for us to remember is that we were both not planning for anything significant in these last months of 2021. I didn't even expect to have contracts coming in yet, and he didn't have any high hopes for racing this season (other than remembering how much he loves it!) So we have already started to look forward to 2022... Training plans, better diets and regular work schedules are in our very near future. So now it's time to enjoy the Holidays and ring in the New Year with joy and patience.